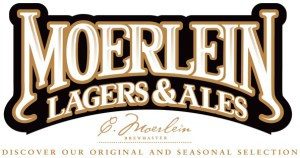 Since this Ohio Brew Week marks our tenth anniversary, 2015 is all about history. Well, ten years seems a little quaint when compared to the history of Christian Moerlein Brewing Company. Opened in 1853 in Cincinnati, the company was already over half a century old when Prohibition rudely forced it to close its doors.

Christian Moerlein was a craftsmen through and through. In the Over-the-Rhine neighborhood, he worked as a blacksmith after leaving Bavaria for America. He brewed European style beer in his workshop, and demand from the community led him to open up his own brewery. Luckily for all of us, Prohibition merely put a pause on Moerlein production. A sixty year pause, but still. The brand was revived to represent a “better beer” option from the mainstream, with Moerlein beer preceding, predicting and playing a part in the modern craft beer movement.

In fact, we recently unearthed a full page ad for Barbarossa Double Dark Lager from a 1901 magazine in Ohio University’s archives (find it on our Instagram). And now, over a hundred years later, you can go pick up a six pack of Barbarossa in shops all over Ohio.